Babylon A.D. is ideal fodder for the cinematic dumping ground of late August, or more specifically labor day weekend. Traditionally know for it’s less than par offerings, this misbegotten low-key sci-fi tale is oddly void of impact, interest and plot structure. Starting off in a narrative blur and never leveling out, the movie is a wasted effort at almost every turn. Vin Diesel is up for the task but is saddled with a thankless role and a dour facial expression throughout.

Toorop (Diesel) is a mercenary living out his miserable existence in futuristic Russia, and although the year is advanced the technology and living conditions are more akin to modern-day inventions and poverty. After a bizarre opening, in which Toorop beats down a street dealer and kills a fellow mercenary, he is hired by a gangster (Gérard Depardieu) to transport a girl and her protective guardian (Michelle Yeoh) to America. The price of the job is half a million dollars, and comes with a guarantee of new life in the United States.

The girl (Mélanie Thierry) has physic abilities and is wanted by a high-ranking priestess and a government doctor, each with their own private agendas. So there are continual chases, double-crossings, and metaphors all within the framework of a shabby production. All the running, shooting, futuristic settings, and pseudo-science, aren’t enough to overcome the deadly moronic screenplay and sub-par execution on-screen. 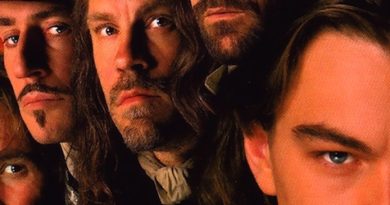