The Martian continues the recent trend of giving audiences intelligent, supposedly scientifically accurate, space melodramas. While it doesn’t scale the emotional heights and technical wizardry of Gravity, it trumps the confused storytelling in the overly ambitious Interstellar. This is perhaps Matt Damon’s most appealing performance and Ridley Scott hasn’t displayed this sort of nimbleness behind the camera in sometime.

The ground crew of the Ares III are surveying Mars’ surface when a vicious sandstorm forces them to make an emergency departure. Complications from the storm knock the crew out of contact with Mark Watney (Matt Damon), presumed dead the surviving members blast off from the red planet. Unbeknownst to NASA or the crew of Ares III, Watney is alive.

Left with a limited amount of supplies and no real safe harbor from the harsh environment. The stranded astronaut must use his botany skills and scientific knowledge to grow crops, produce water, and make it 400 days until a rescue mission can make it to him. Armed with sarcasm, wit, and bad disco music, Watney goes about colonizing Mars. Meanwhile, back home, NASA’s top minds are devising a plan to retrieve their forgotten man.

Great supporting work from Jessica Chastain, Jeff Daniels, Sean Bean, Chiwetel Ejiofor and the scene stealing Michael Pena, amongst others, rounds out the cast and proves a lived-in feeling to the picture. However, throughout the fleet 142 minute running time, my mind drifted back to Tom Hanks and his predicament on a desert island in Cast Away. That movie made it’s lonely character’s misadventures heartbreaking and shocking. As The Martian played out, Damon’s lost astronaut solved every problem a little too neatly. It felt like Hanks had a tougher time getting off the island than Damon did getting home from Mars. 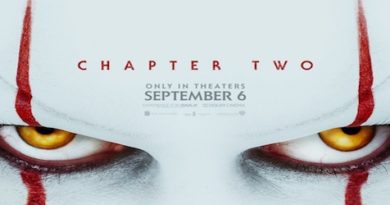