Ghost Dog: The Way of the Samurai was my first introduction to the off-beat and often intriguing filmmaking style of cult favorite Jim Jarmush. This particular film is arguably Jarmusch’s most commercial project and still it retains the quirky sensibilities that often arise in the director’s work. Not, without flaws, Ghost Dog proves to be a far-fetched tale about an insane person masquerading as a samurai in modern-day New York.

A mentally impaired boy’s life is saved by a mobster, that teenager grows up to become a man (Forest Whitaker) obsessed with the samurai code. He seeks out his savior and confesses that he is in his debt forever. The mobster sees an opportunity and uses the man’s service in conducting a series of mob hits over the next few years.

We meet Ghost Dog as he prepares for one such assassination. His target is a gangster who happens to be sleeping with the boss’ mentally unstable daughter. He completes the job, but spares the life of the woman. In a series of scenes the italian mafia figures are introduced. They are as off-center as Ghost Dog, but insist that their middle man give up the whereabouts of the mysterious killer. So, Ghost Dog must evade the mafia family that serves as his employers while upholding his integrity to the way of the samurai.

This is a film about characters of questionable sanity. The story structure isn’t so much about what happens but how it’s happening. This makes for an uneven viewing experience, but never a boring one. Anytime the movie threatens to become too self-impressed, a strange quip or line of dialogue brings things back on track. Ghost Dog: The Way of the Samurai and Jim Jarmusch films in general are an acquired taste. Those that have followed the director down many cinematic rabbit holes will find much to like. Others, that may stumble upon this thinking it’s an action movie will be bewildered in minutes. 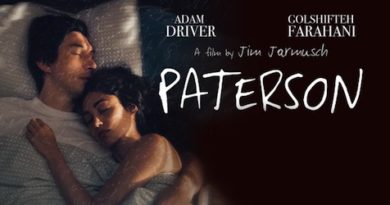