Penitentiary III is one of the worst movies I’ve ever seen. This played frequently on HBO in the late 1980s and I saw it a number of times in my adolescent years. I remembered the movie as a guilty pleasure and was looking forward to revisiting the exploitation picture nearly thirty years after it’s release. I was quite shocked how atrocious this sleazy little film really is. Almost nothing is done competently. The photography is hazy, the fights are ridiculous, and the over-all tone is profoundly nihilistic.

After killing man in a prize-fight due to performance enhancing drugs, Too Sweet (Leon Isaac Kennedy) is sent back to lock-up. The penitentiary has a boxing circuit run by the warden and his rival, a bizarre, long-fingernailed, ghastly pale inmate known as Serenghetti (Anthony Geary). The freakish kingpin of the prison tries to draft Too Sweet to his side, but when he’s rebuked the war between the two is on. Hugo (Magic Schwarz),the jailhouse champ and Serenghetti’s muscle, continually tries to goad the peace-minded Too Sweet into a confrontation.

Real-life professional wrestler Raymond “The Haiti Kid” Kessler plays a homicidal minimonster with a taste for dismemberment, who eventually becomes Too Sweet’s trainer for his big show down with Hugo. The two train in the bowels underneath the prison with chains and cramped conditions. All leading to poorly shot and staged no holds-barred fight to conclude the movie.

Penitentiary III is a freak-show and ranks as one of the absolute worst movies that ever carried the inglorious Cannon logo on its video sleeve. As for Kennedy he would go on to appear in four movies about boxing and an action picture with Chuck Norris. You’d figure the guy would look realistic in his fight scenes from osmosis at that point, but you’d be wrong.

The half star rating is for the appearance of Over the Top villains Ric Mancicni and Magic Schwarz (appearing in a another Cannon films production), and the fact that the movie has the balls to be its own bizarre concoction. 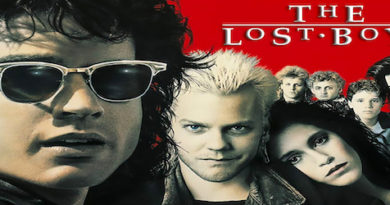