Stephen Hopkins’ The Ghost and the Darkness has been adorned with all the technical elements, and elite technicians to tell his reportedly true story. Sturdy work from Val Kilmer working off a literate script from notorious scribe William Goldman, and lush photography of Africa by Oscar-winning DP Vilmos Zsigmond are what really push the film into (near) respectability.

It’s 1892, and engineer John Patterson (Val Kilmer) has been dispatched to build a bridge in the African village of Tsavo. The job is to be preformed on a strict deadline and in an economical fashion. Patterson is a lover of the African continent and leaps at the opportunity to prove himself professionally, and to visit a land he’s only dreamed of. This requires him to leave behind his pregnant wife, but he promises to be home in ten weeks time.

Patterson’s timeline is altered by the mounting death of his workers by a duo of blood-thirsty lions dubbed, “The Ghost and the Darkness”, by the scared crew. Unable to stop the vengeful beasts himself, Patterson is aided by notorious hunter Remington (Michael Douglas) to bring down the killers that have claimed over 100 human lives.

The lions are portrayed as merciless murderers with above average intelligence. They avoid the traps set by the men, and attack the wounded at the make-shift hospital instead. Leading to a mouse vs. large cats game that could cost both Patterson and Remington their lives.

Michael Douglas’ hammy performance against the method and very ‘serious’ approach of his costar Kilmer give the film an off-kilter feel, as if everybody were on different pages. The Lion attack sequences are skillfully recreated and the sound design is at turns deafening and haunting. Stephen Hopkins strives for resonance in a picture that is strictly B-movie material no matter how well adorned it comes presented. 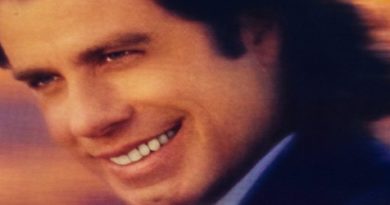