Before Buzz Killinger’s terrific book Friday Night Lights was translated to the big and small screen, audiences were left with derivative highschool football flicks like Varsity Blues. Blues owes more than a little to the Lights story even going so far as to hijack some of the book’s plot developments and setting. Unlike Lights this flick shorthorns in a dependable sports movie character; the tough as nails ultra-successful head coach.

In West Canaan, Texas, high school football reigns supreme. When starting quarterback Lance Harbor (Paul Walker) turns up injured, the Coyotes’ ruthless coach, Bud Kilmer (Jon Voight), must promote benchwarmer Jonathon “Mox” Moxon (James Van Der Beek) to lead the team in its quest for a divisional title. Suddenly thrown into the spotlight, Mox must deal with the pressure of carrying the aspirations of an entire town on his shoulders, as he struggles to pursue his own very different dreams.

Varsity Blues represents the first and virtually only headlining role for lead actor James Van Der Beek. He successfully makes the jump from television actor to leading man. However, it’s Paul Walker and Scott Cann who really stand out amongst the large cast. Director Brian Robbins does a good job with the material, derivative as it may be, and concludes the picture with a rousing big game climax. Blues isn’t a classic sports drama by any means, but it’s an entertaining lightweight teen picture that is superior to a lot of the genre’s peers. 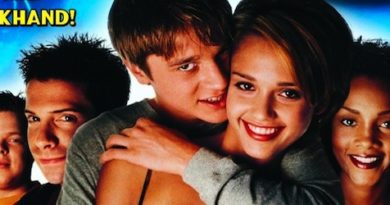 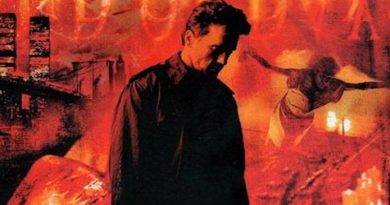 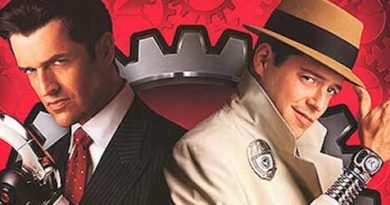