EW has posted three new pictures from The Hobbit with a little info for each one. To be honest the first picture with the dwarves in the background somewhat excited me (not in that way). It brought back some great memories of reading the book. The first Hobbit film, The Hobbit: An Unexpected Journey, hits theaters in little over six months time from now on December 14, 2012 with the second movie, The Hobbit: There and Back Again following a year later on December 13, 2013. What do you think of these pics? 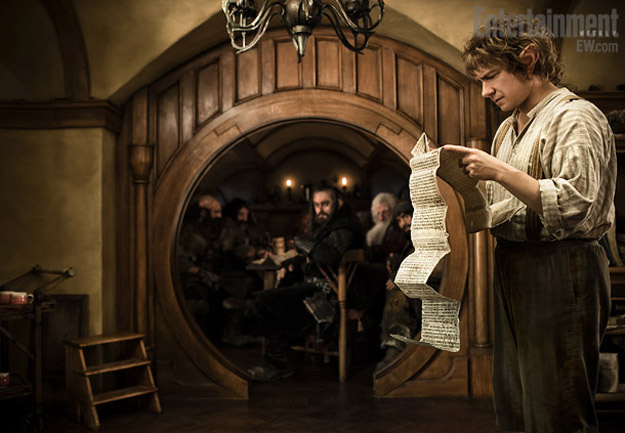 MARTIN FREEMAN (BILBO BAGGINS)
“He fits the ears, and he’s got some very nice feet,” Jackson says of his Bilbo. “I think he’s got the biggest hobbit feet we’ve had so far. They’re a little bit hard to walk in, but he’s managed to figure out the perfect hobbit gait.” 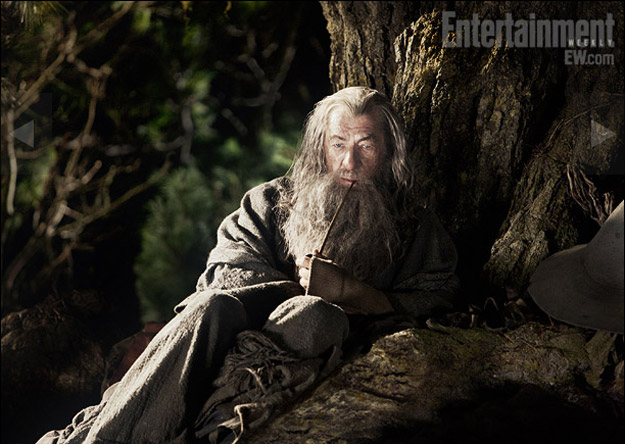 IAN MCKELLEN (GANDALF)
“He’s in fantastic form,” Peter Jackson says of McKellen. “In a way, his role in The Hobbit has more technical difficulties than Lord of the Rings did, because he has scenes with 14 smaller characters — obviously the dwarves and the hobbit are shorter… I remember saying to him [laughs], “Look, this isn’t Waiting for Godot or King Lear. This is The Hobbit. This is the real thing.” 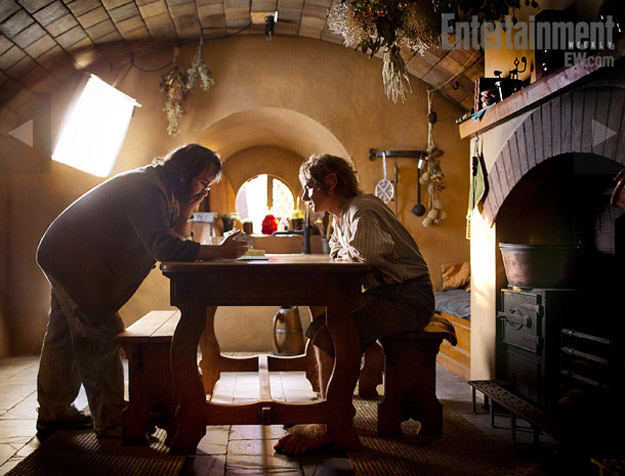 PETER JACKSON WITH MARTIN FREEMAN
“There’s no way you can pace yourself for shoots like these,” Jackson says. “When we were going through the schedule for The Hobbit, I felt a terrible drop in my stomach when I saw that we’d be shooting for 254 days. We’re only 12 days short of The Lord of the Rings even though we’re only doing two movies. When I saw that, I had to sort of pick myself up off the floor and carry on.” 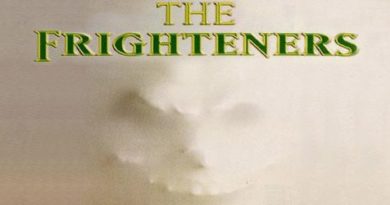