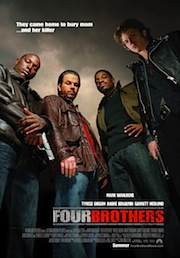 After their adoptive mother is murdered during a grocery store holdup, the Mercer brothers — hotheaded Bobby (Mark Wahlberg), ladies’ man Angel (Tyrese Gibson), family man and businessman Jeremiah (Andre Benjamin), and hard rocking Jack (Garrett Hedlund) — reunite to take the matter of her death into their own hands. As they track down her killer, they quickly realize that their old ways of doing business have new consequences, and discover that they are bound by ties thicker than blood. 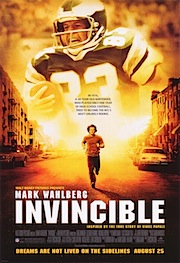 When the coach (Greg Kinnear) of the beloved hometown football team hosts an unprecedented open tryout, the public consensus was that it was a waste of time — no one good enough to play professional football was going to be found this way. Certainly no one like Vince Papale (Mark Wahlberg), a down-on-his-luck 30-year-old teacher and part-time bartender who never even played college football. But against these odds, Papale makes the team and lives every fan’s fantasy — moving from his cheap seats in the stands to standing on the field as a professional football player. Inspired by a true story. 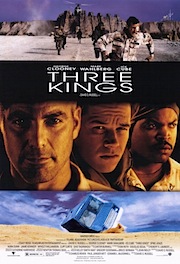 During the aftermath of the Persian Gulf War, three American soldiers (George Clooney, Mark Wahlberg, and Ice Cube) in Saudia Arabia are eager to get home. However, after finding a treasure map that might lead to the gold Saddam Hussein stole from Kuait, they decide to re-think their travel plans. Major Archie Gates (Clooney) leads the men on their treasure hunt with a ruthless reporter (Nora Dunn) close behind them. Meanwhile, there is a battle Kurd rebels are desperately trying to survive. They soon find they are conflicted between their greed for the gold and the plight of the people of Iraq. 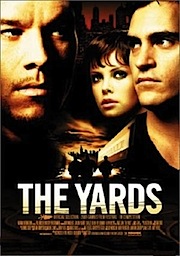 After being imprisoned for a crime he didn’t commit, Leo Handler (Mark Wahlberg) just wants to get his life back on track, so he goes to the one place he thinks will be safe–home. There, Leo takes a new job with his highly connected and influential Uncle Frank (James Caan), and is reunited with his longtime friend, Willie Guitierrez (Joaquin Phoenix), his cousin, and his girlfriend Erica (Charlize Theron). But in the legendary subway yards, a place where his family has toiled for generations and his uncle now pulls the strings, safe is not how they do business. Unwittingly, he’s drawn into a world of sabotage, high stakes pay-offs and even murder. And the secret he discovers, will make him the target of the most ruthless family in the city…his own. Now, in the name of justice he’ll have to do everything in his power to take them down. 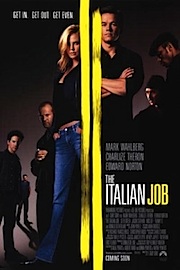 The plan was flawless, the job executed perfectly and the escape clean. The only threat mastermind thief Charlie Croker (Mark Wahlberg) never saw coming was from a member of his own crew. After pulling off an amazing gold bullion heist from a heavily guarded palazzo in Venice, Italy, Charlie and his gang — inside man Steve (Edward Norton), computer genius Lyle (Seth Green), wheelman Handsome Rob (Jason Statham), explosives expert Left-Ear (Mos Def) and veteran safecracker Bridger (Donald Sutherland) — can’t believe it when one of them turns out to be a double-crosser. Now, with the help of Stella (Charlize Theron), a beautiful nerves-of-steel safecracker, they plan to re-steal the gold by tapping into Los Angeles’ traffic control system, manipulating signals and creating the biggest traffic jam in L.A. history.